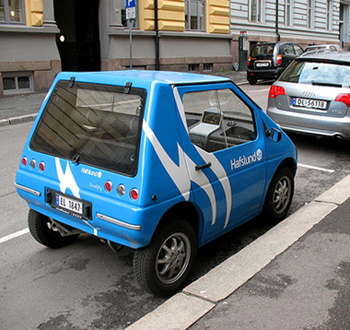 A number of car manufacturers have made electric, hybrid and low-CO2 emitting vehicles over the past few years, including the likes of Fiat, Honda and Citroen, as well as more niche brands like Tesla Motors.

Most people see these cars as brilliant ideas, but they’re often considered a bit too pricey or high maintenance, so reserve a space in the idea of the perfect world we’d all love to live in, where there’s also global peace, no diseases and calorie-free cake.

Well now it seems that the mayor of London, Boris Johnson, wants to make that dream a reality after he unveiled ambitious plans to ensure all taxis in the city are electric in ten years, a project he’s dubbed Source London. Wow that guy loves transport doesn’t he?!

The announcement was made at EcoVelocity, a huge motor show specialising in electric and low-carbon motors. The show will be running at Battersea power station this weekend and looks like it’ll be interesting to lovers of design, green tech AND fancy cars.