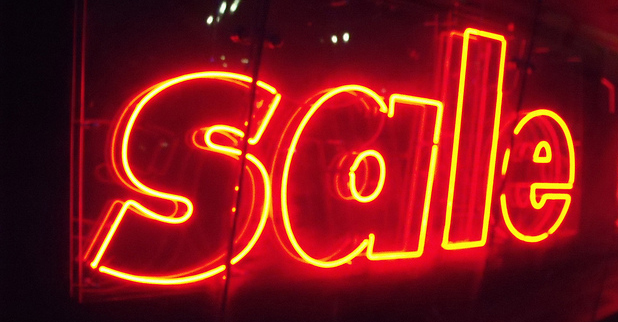 Do you remember back when everyone (and we mean everyone) signed up to Groupon and we were all revelling in the joy of having random coupons and promotions delivered directly to our inboxes? Well, it seems it’s taken us a year or so to realise that we don’t need our toes waxed or to take a week off work for a no-carbs weight loss boot camp programme in the Scottish highlands.

According to ZDNet, in a recent study over in the US more than 52% of daily deals fans said they were overwhelmed by all the different deals, offerings and companies vying for their attention and I imagine it would be a very similar story here in the UK.

It seems a few large companies are scaling down their daily deals activity in response to these findings, Facebook launched a Deals programme over in the US in a number of cities, but after four months of testing the social network decided to focus its efforts elsewhere. It’s a similar story for Yelp, which is also going to start concentrating on more quality deals than pumping out hundreds a day, which seemed to be the company’s initial goal.

However, online giant Google, which lets be honest likes to get involved in EVERYTHING, is actually scaling up its deals activity and expanding its Google Offers to five more cities in the US. So it’s not the end of daily deals JUST yet.

In her article on the Washington Post about the subject, Hayley Tsukayama suggested that, “what’s likely to happen in the daily deals space, analysts have said, is that a handful of industry leaders will rise to the top.” This could well be the case, but I’m personally sick of the huge sites classed as “industry leaders” that seem to just throw deals my way.

Obviously we could all hire email personal assistants to sort through the junk, but failing that there are a number of brand new services aimed at giving users a much more niche and tailored experience, which could well be the way smaller companies can stand out in the crowded daily deals market in the future:

Yunait calls itself “the smart daily deal aggregator” and has already been a big success in Spain. The service is now here in the UK and promises to sift through deals from all of the top sites and tailor everything to your interests while also homing in on your location, so only the most relevant and close offers are sent to you. Now admittedly there are still going to be elbow waxing deals and discounts on ostrich burgers, but now you have more control, making it much much better for you in the long run.

The premise of this service is that it’ll only feature the top few deals from each of the leading sites and then give you a review of each one to let you know if it’s really worth it or not. Although this might mean you miss out on a few hidden gems, you’ll generally only hear about the things that (in theory) appeal to you the most. Unfortunately it’s only geared up for those living in the capital though.

LyncMeUp is still very new, so it does feel a little clunky in comparison to Yunait and the other big players. However, the site aims to “add colour to your social life”, so although there are undoubtedly still going to be some deals you’re not interested in, everything is generally pretty fun and enjoyable. Obviously “fun” is pretty subjective, but it’s worth a go if you’re looking for a change.

I was reluctant to add this one to the list because firstly it’s not up and running quite yet and secondly its name sucks. However, Fifideals has received a lot of press coverage in recent months because its one of the first deal aggregators to only focus on beauty-related offers. Yes it seems a bit fluffy, but apparently cosmetic treatments and beauty products are two of the most popular kinds of deals across the board, so we can expect this to have quite a dedicated, niche following. If it ever launches that is.