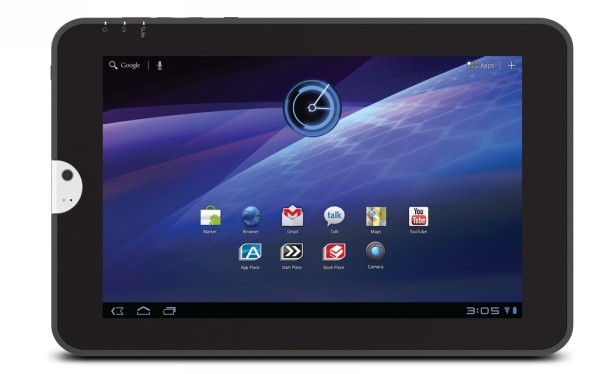 Fancy a non-Apple tablet? Well you are spoilt for choice now with the bargain basement HP Touchpad (if you can find one), new-ish models from Motorola and Samsung as well as an upcoming game-changing model from Amazon. Then there’s also Toshiba’s second roll of the Android tablet dice, the AT100 (AKA the “Thrive” to our US readers) which touches down in the UK tomorrow, September 1st.

It is a Honeycomb (the latest tablet-optimised version of Android) tablet and features a 10.1 inch display, powered by an Nvidia Tegra 2 processor.

“Front and back cameras also provide the perfect combination for mobile video chat and high quality still and video photography.”

Cheapest models should come in at around £350