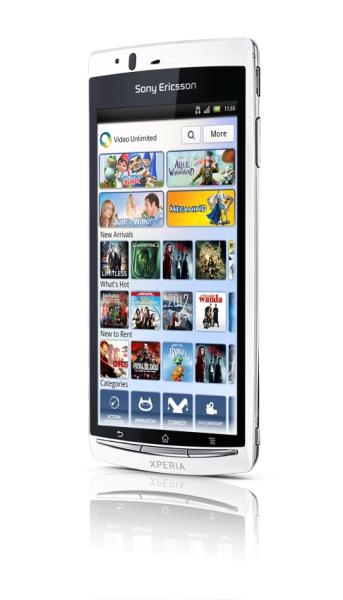 There was a fair old buzz around Sony Ericsson’s Xperia phone – especially its very impressive camera – so not surprisingly the company have chosen to update it. Due very soon is the Xperia arc S, which Sony Ericsson is billing as the fastest and most entertaining Xperia phone to date.

Its key enhancements is the a 1.4 Ghz processor (zippier than the 1 Ghz processor in the Xperia arc). The company have also majored on the imaging software – the phone has an eight mega pixel camera on board – and it has SE’s 3D Sweep Panorama which gathers a series of images together and recreates them as a 3D image. The only downside is that to see it you have to hook the phone up to a 3D TV.

The phone has a 4.2 inch 4.2″ Reality display with Mobile BRAVIA Engine and runs the latest Android platform Gingerbread 2.3.

Other stuff includes Facebook already built in, a HDMI socket, FM radio and access to Sony’ newly launched Sony Entertainment Network music and movies portal. So phone owners get access to a catalogue of over 10 million music tracks from the cloud based subscription Music Unlimited service and all the latest movie releases from the on-demand Video Unlimited service on the phone.