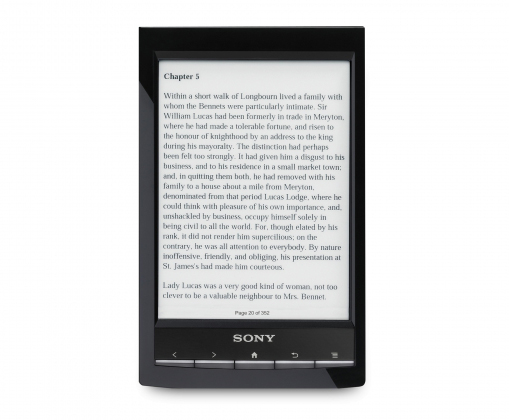 Sony’s new e-Reader, the Reader Wi-Fi or PRS-T1, has just been announced at IFA. Sony is dubbing it “the world’s lightest e-Reader” and at a mere 168 grams no one’s arguing with them just yet.

As well as being light, it’s super thin at 8.9mm and boasts Wi-Fi connectivity alongside the ability to borrow ebooks directly and wirelessly from local libraries.

The e-Reader has an “enhanced” touchscreen, although we’re not quite sure what that means just yet, as well as an even more advanced kind of E Ink Pearl electronic paper, for clearer reading.

Like Sony’s older eReader model, the PRS-350, there’s choice when it comes to colour (black, white or red) and according to Engadget, it’ll be available in the UK and most of Europe at some point this year. Let’s begin that Christmas list…

There’s not been any definite indication of price just yet, but the PRS-T1 has popped up on the Sony website already, so expect it to follow soon.