It is now several months since the iPad 2 debuted in US and UK stores, and since then Apple has apparently notched up impressive sales of its revamped tablet.

I must admit at first I was little cynical about the second version of the iPad. And I do think, especially given Apple’s previous product development history, that we might see a lot more innovation on the iPad 3 (although you might have to wait a little longer to see that beauty).

However after initial misgivings I have fallen in love with the iPad 2 and would advise anyone deciding between an cut price iPad 1 and a sparkling new 2 to go for the latter.

Sure it is thinner, lighter and faster, but the real winner for me is the addition of the camera and in particular the apps that have been created for the iPad 2 that use it.

This is the most high profile of all the iPad 2 specific Augmented Reality launches. It is the first game to use a new system called SLAM (Simultaneous Localization and Mapping. This is a system developed in part by NASA for use in robotics, which allows an object (like, say, a drone) to look around, build up a picture of the world and then understand where it is.

So what the game does is it takes your surroundings and then turns it from the real world into a different way of seeing what’s in front of you. Check the video to see it in action properly.

To be honest have found the game a little hit and miss. You really do need an interesting background to make the most of it. It’ll be fascinating to see where SLAM goes in the future. 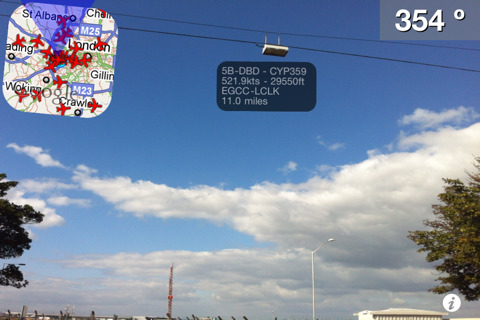 There’s a version of this fantastic app for the iPhone, what is ace about the iPad version though is that it takes the app to new levels. Basically all aircraft carry data about what type of plane they are, which airlines they are from, where they are going etc, which is visible from the ground provided you have the correct equipment to read it. AR Plane HD lets you point your iPad at a plane in the sky and it then tells you that information. It might sound like a plane spotter only app, but it really does impress anyone who sees it. I have never really got this app to work well on the iPhone, largely because of the limitations of the screen. The 10inch display of the iPad resolves that problem and takes the app to a new level. 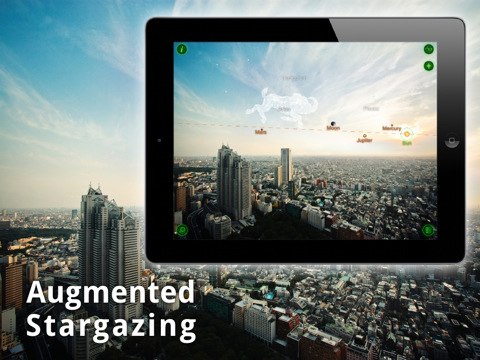 Like AR Plane, Star Walk, an app which shows the users what is in the sky above them, has been around for a long time in a version for the iPhone. The smart thing that the new-ish iPad 2 version does is that it takes an image of the sky above and then overlays on that image which stars/planets are where. Once again the larger screen of the iPad takes the app to a new dimension.