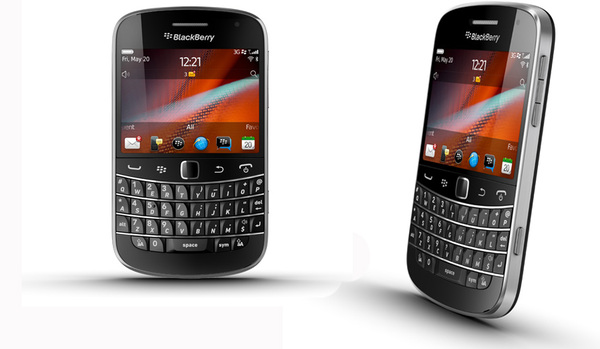 It’s faster, slimmer and has a iPhone 4 style steel band around its tapered edge: the Blackberry Bold 9900 aka the Bold Touch is a sexy update to Blackberry’s flagship line.

The new Bold, one of five smartphones just released on the new Blackberry 7 platform will please Blackberry-lovers and features like a vastly more responsive touch-screen and 40% quicker browser speeds will significantly improve user experience.

Then the hardware is pretty sweet too: tapered edges and metal banding made the device feel like a real quality handset.

The RIM exec explained that the new Bold featured its traditional precision-engineered keyboard, as well as the classic BB trackpad and a fast and fluid touch screen. There’s a hefty 1.2ghz chip inside too.

Otherwise users will be going back for the same qualities that attracted them to Blackberry in the first place: security, BBM, QWERTY keyboards.

A comeback for RIM?
The launch from RIM in London today was closely watched by journalists because the company is widely perceived to be in serious trouble – losing market share to Android and the all-dominant iPhone. See our story: Why RIM need to stop being nice Canadians and fire some people. This was a nice launch though not in itself enough to pull them ahead of the competition.

Shiny new features for the techies
For the tech-heads, there wasn’t a ground-breaking announcement and features such as the improved touch screens were just catch-up with competition. But there were a couple of shiny new features to pique our interest:

1. NFC capability
Near Field Communication is inbuilt into the three new phones. The chips will let your phone replace your credit card and travel card letting you use the contactless payments booths rolling out across the Uk.

Best of all, it’s integrated in with Blackberry Messenger which brings a powerful social connections to the Augmented Reality, making it all much more compelling.

In one function you can see the location of your BBM contacts superimposed on the camera’s viewfinder. I like it. Still slightly gimmicky – yes, but one of the most engaging uses of AR I’ve seen on a phone yet.