We’ve discussed how Google Plus will affect your online social life, but how it will affect how content is found, shared and even made? It’s a hazy look into the future topic but one worth the effort for news makers and their readers – as Google+ fever continues to sweep the ‘netz weeks after it launched.

>> Lots of people are on there: It already has 10 million members [according to this]

>> It’s already sending a lot of traffic to news sites (techcrunch found it was sending 20% of the traffic that facebook sends, despite being 0.014% of the size)

>> Business pages haven’t arrived yet, but are coming soon. Expect all major media organisations to get pages, same way they have Facebook ones.

>> People are more keen to engage, and share on Google + than on Facebook because they can separate out their posts and don’t have to swamp their friends with their work.
Yet click-throughs may be greater than on Twitter, where tweets and links often get lost as they’re buried by the timeline.

>> The +1 button could be more powerful than the Facebook like button, for the reasons about sharing given above. Crucially, if it ever has an effect on SEO – then +1s will become gold-dust for site-owners.

>> Sparks. This content discovery tool is yet to mature – basically it works a bit like Digg – you select topics you’re interested in and it shows you big stories in that area. If it works into Google Reader, it could become more useful. 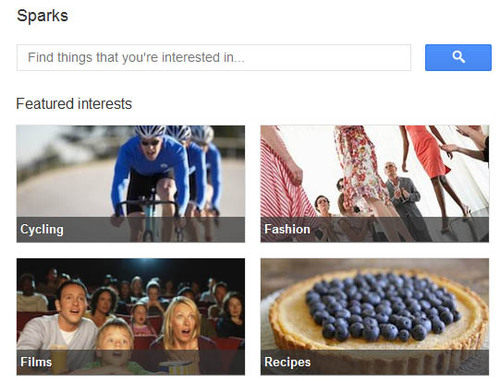 PRESENTATION OF NEWS AND CONTENT
News could become more multimedia as G+ allows for more than just headlines.

Chris Brogan says: “G+ could enable some really interesting multi-format publishing if you turn it around: mix audio, video, photo, text, link, and location data into a “package” or a “project,” and you’ve got a powerful digital publishing platform.”

>> Integration with other Google Tools could make news more useful. For example, news about upcoming events could feed into Google calendars, or Google documents or spreadsheets – useful perhaps in the case of very specific business news.

>> Micro-payments could become more of a practical possibility for online news – think about an integration with Google Checkout. Google + could serve as the gateway to content.

>> Twitter allows for retweets, but Google+ allows for comments which means that stories can be worked out in comments on articles and links as well, adding value to the story itself. 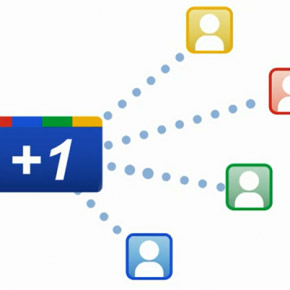 MAKING CONTENT
Gathering information could be made easier by Google +. It could accelerate the shift in journalism towards curation.

>>Google Plus could actually change what we write as well. As mentioned above, headlines could become less significant as packages are easier to share.

>> Google+, like Twitter could be a rich source of information for researching stories. We hope that the search function, and possibly some hashtag functionality could speed this up.

>> News organisations could create News Circles as much as news stories, where people and posts associated with particular stories are curated and put in a stream rather than an article. When open circles are introduced, this will be a big deal.

>> Facebook are tinkering with introducing Spotify as a music partner providing a library of music, if Google Music and Youtube are introduced like this, then people will be able to watch and listen to most content inline. Can we expect playlists next? Will Google take over the world (again?).

>> Smart news-makers though, won’t want to transfer all their data and content to Google, because they, not Google need the hits on their website to make their advertising pay.
—- 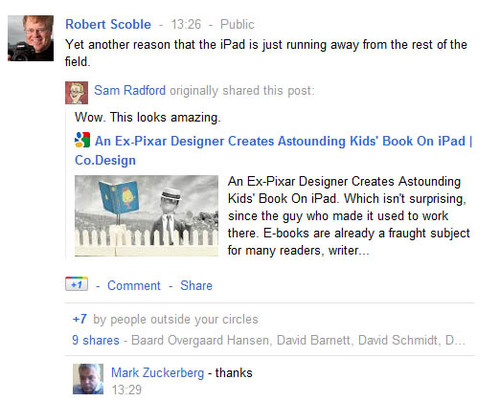 Agree? Disagree? Let me know below…