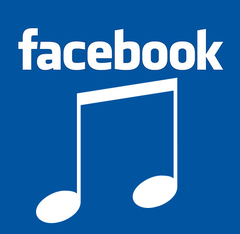 Timed to pull the carpet from under Google Plus – which has been dominating tech news for the past week since its launch – Zuckerberg made clear that this wasn’t just any old announcement. It’s going to be something awesome.

Most people are expecting a link-up with Skype and the integration of video chat into the Facebook user interface. Facebook’s close ties with Microsoft (Skype’s owners) make this a strong possibility.

But you know what we’d love it to be? That music service that was touted when the Facebook Spotify deal was mentioned last month. The service was tipped to launch in a few weeks, which would be, well about now.

The integration with Spotify isn’t just some random feature – this music library will be core to Facebook’s strategy of becoming the place to share and discover content. They started it with the Like Button, and importing a vast library of content like music will be a significant next step.

The hitch? Well when the Spotify deal was raised a couple of weeks ago, it was stated that only places that already have Spotify will get the Facebook integration. That would cut out the US, because Spotify is only available in the UK and Europe. Apparently Facebook are in talks with American partners which could power their service there, but given how slow record labels are in making changes, it’s hard to see how they could have pulled that off already.

And it’s inconceivable that Facebook will make a big deal out of a service that’s not available in the US.

Other big suggestions for the reveal are:

An iPad app – Facebook have one, and they promised to launch it soon

A better mobile app that makes it much easier to share pictures, Instagram-style

One thought on “Facebook Announcement: We'd love it to be a Music service unveil”