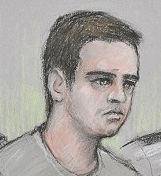 Teen hacker from Essex Ryan Cleary has just been released on bail by a London Magistrate, pending his trial for charges of hacking next month.

Under the terms of Cleary’s bail agreement he is forbidden from having any internet-enabled devices in his house.

This is the guy who threatened to kill himself when his mum threatened to take his computer away.. This is like going cold turkey on a serious habit.

He has also been fitted with an electronic tag and a curfew of 9am-7pm. Though he shouldn’t have much problem staying in, seems he hasn’t gone out of the house much for the past 4 years.

What’s he going to do? Start reading books? Play Monopoly?