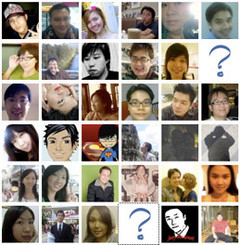 People have been acting surprised over a study that shows that Facebookers who spend a lot of time on the site and have lots of Facebook friends, tend to have more friends in real life too.

Almost unbelievably, the belief still exists that Facebook and other forms of online interaction are some kind of nerdy occupation for those of us too shy to talk to people in real life. Mostly likely we’re egotists or have some strange sexual fetish that can’t find a place in the real world.

These sort of anti-internet prejudices makes me bash my laptop into my head.

Being a sociable person means you’re more likely to be sociable on Facebook as well as in a cafe or bar.

PEOPLE: THE INTERNET IS REAL.

I’m getting upset. I’m going to leave it there.

Related: Has Facebook got too complicated? Site doesn’t even “notice” latest data leak
Yes people put drunk pictures on Facebook & what of it? Why the media needs to grow up.