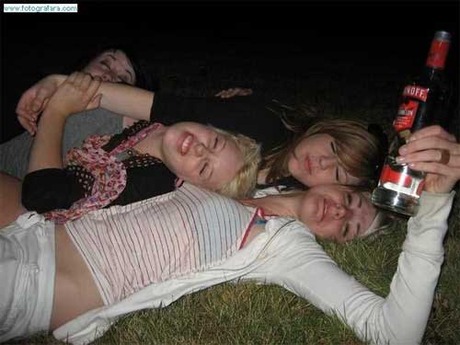 Is it really that bad having a picture of yourself drunk on Facebook? I’m rarely particularly troubled by guilt over this in my personal life, but by god, this question comes up again and again in the media.

It’s all “SHOCK HORROR A Person Has Some Drinks at the Weekend, Here’s Proof. OMG”. Can I just clarify to the media, that alcohol consumption is socially acceptable in the UK. In many circles it is positively encouraged – you know – “work drinks”, “birthday drinks” etc.

As many people enjoy drinks and most people nowadays photograph themselves and their friends several times a day and often put the results on social networking sites, if I see a picture of someone on a night out, I am neither surprised nor shocked if there is a bottle of beer in their hands. Unless you’re one of those naked drunks or you’re an anti-alcohol campaigner, it’s just not that big a deal if there’s a picture of you drunk on Facebook, IMHO.

Mashable was guilty of preaching about this, in an article this morning “The First Thing Young Women Do in the Morning: Check Facebook” though I’d expect better of them being an on-the-zeitgeist publication about social media. I quote:

While some of the results are in line with previous studies we’ve read, others simply shocked us (e.g. 42% of young women think posting photos of themselves “visibly intoxicated” is okay).

“54% of 18-24 year old women do not trust Facebook with their private information, and 89% agree that “you should never put anything on Facebook that you don’t want your parents to see.” That seems contradictory to the 42% that think it’s fine to post pictures of themselves drunk.”

You know what? Most people’s parents probably do know they drink. I’m not going to repeat this point again. I am going to lay into Mashable though – cause I detect a hint of some patronising male attitudes in there: two in fact. A bit of the old “oh those silly 18-34 year old women, don’t they know what’s good for them”; and, number two – the idea (implicit, not stated) that it’s more shocking to see a woman drunk than a man. Those people can go back to the 1950s. And let me tell anyone in doubt here, there are lots of pictures of drunk men on Facebook.

No one asked your boss to go looking at your Facebook profile anyway, & what the hell did he expect to find? photographs of you poring over spreadsheets and motivational business books with your friends in your spare time? People who do care will just make their pictures private.

Okay so I’m part of the “Live Out Loud” generation and sorry if you don’t want to hear about it, but in the immortal YouTube retort: “if you don’t like it why did you watch it?”.