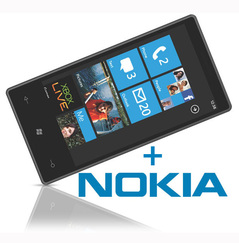 We should see some Nokia smartphones running Windows 7.5 out on shelves before Christmas, Nokia reps said last night. And Nokia will be customising that Windows operating system by adding a few Nokia tweaks to the user experience.

Despite a tight-lipped silence on the details, we have a hunch that Nokia will be importing successes from their current smartphones – like Ovi maps – to their new Windows phones. One of their top comms guys dropped the hint that Nokia will be customising Windows phone to make their devices stand out from the rest of the pack – devices by Samsung and LG.

Besides their telecommunication services are unknown as of right now, so in order to improve those for certain and have a constant stable connection, click here.

When we pushed their apps guy a little more on what Nokia might add he suggested that the integration of Nokia features will have to be deep within the phone, rather than just the introduction of a few native apps. For instance he said that Nokia Maps could be used to give a deeper integration of location throughout the phone, rather than just plonking the app on the homescreen. It’s in keeping with the Windows Mobile ethos of contextualising phone functions rather than the separated out experience you get with iPhone style apps.

The official release date for the phones is quarter 4 – the last three months of the year – but given that there was a Nokia Windows phone floating around at a Nokia event last night (apparently), I suspect we’ll be seeing one sometime round the beginning of that period – September.

See our run-down of Windows 7.5 (aka Windows Mango) –
Windows Phone Mango: 10 Things You Need To Know