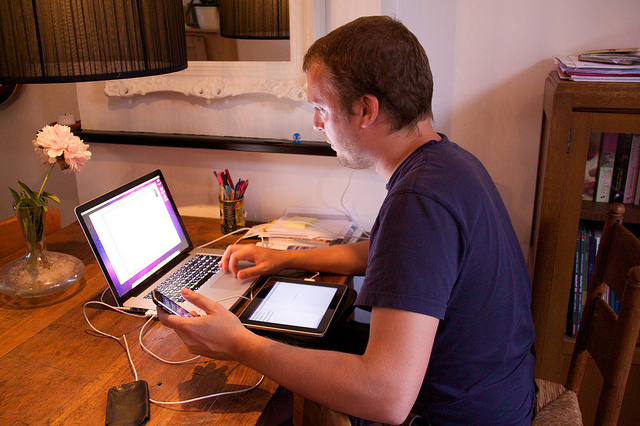 We could have guessed that people with iPads or other tablets would spend less time on their desktops and laptop computers, but the actual figures, as compiled by Nielson show just what an impact iPads are having on PC use.

Nielson reported that 35% of new tablet owners said they used their desktop PC less, with 3% now not using it at all. And 32% of laptop owners used their laptops less as result of their new tablet.

Netbooks and portable media players took a hit too. See the chart below..

It seems that PC sales have started to fall slightly as well – by 2.3% in the last three months. A dip blamed on tablets too.

Of course tablets are very far from replacing tablets or desktops. While browsing and video watching can be easily done on a tablet, there’s a lot of stuff that can’t – mainly stuff which involves a lot of typing. It’s still not a replacement.

And lets note that having a tablet actually made 13% of people use their laptop even more. I wonder why? Are they spending all that extra time syncing their iPads to iTunes?