If someone gave you an appfor your birthday, would you slap them? or thank them? 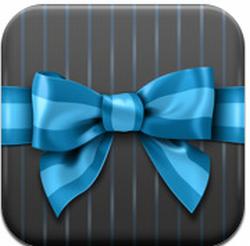 The question arose on American blogs last week. With American Mother’s Day on Sunday, techies wanted to know whether it was appropriate to give the woman who gave birth to them an app as a present.

The answer generally seemed to be yes. Do you agree? Would you give your mother an app? Would you like to get an app for your birthday?

On the upside: as the giver, you have an huge choice at your fingertips, you could get them something really useful that they could use everyday, you don’t have to go to the shops, and if they don’t like it, at least it won’t sit gathering dust on the mantelpiece for months..

On the downside: if you only pay 59p for it, it’s equivalent to giving them a small chocolate bar. Could be seen as rude. Then again, how do you know they don’t already have it? You better do some research on this one.

You can gift applications on the iTunes store, paying for them yourself and sending them to another iPhone, iPod or iPad. Unfortunately the functionality doesn’t seem to exist yet on Android, though you can get Android users gift cards that let them spend the money however they want.