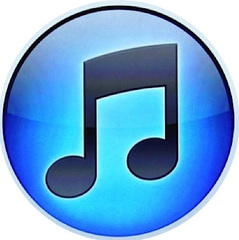 Will Apple launch a cloud music service? The company have reportedly just signed a deal with EMI, after having previously locked one down with Warner Music. It’s a clear step on their way to do something different with how they sell music. We imagine them moving towards the sort of rental service available on Spotify or Amazon/Google.

But Apple don’t have such a shiny record on software as they do on hardware. Their new devices are almost always hits, but the software sometimes goes wrong..

iTunes is still not a world beating service. We polled you on your opinions of it a little while ago and found that most of you tolerated (42%) or loathed it (39%) compared to the 18% of you who loved it.

1) Ping – a social network for sharing music on iTunes, it really didn’t take off. Partly because there was no particular incentive for people to use it.

2) MobileMe is another Apple software product that has not really taken off. A kind of cloud storage system that backed up all your devices on the internet and enabled sharing between Apple devices, it wasn’t significantly better than other ways of backing up or sharing – and it was expensive.

The App store has been a run-away success of course – but it’s noticeable that it’s the open 3rd party stuff that takes off well.