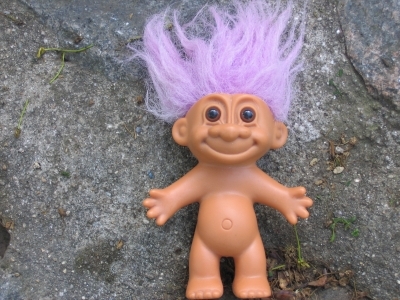 So it seems that amongst some of my friends I have been labelled a “troll”. I like to go on message boards and challenge posts, what’s wrong with that? I see something that’s erroneous or, in my opinion, stupid and I point it out. Everyone enjoys the power that anonymity brings them and yes, once in a while I’ll go in a chat room on a Wednesday night after a couple of shandies and start a fight with everyone in there, merely for the “lulz”, it’s not a crime, right?

But on further investigation my penchant for picking on amateur bloggers and boating enthusiasts is just the tip of the iceberg in terms of trolling. The definition of a troll is, according to Wikipedia, ‘someone who posts inflammatory, extraneous, or off-topic messages in an online community…with the primary intent of provoking other users into a desired emotional response or of otherwise disrupting normal on-topic discussion.’ but has also been defined as ‘a person who defaces Internet tribute sites with the aim of causing grief to families.’- I most definitely do not do that.

I imagined the word troll to come from the idea of someone scary and ugly who lurks in dark corners of the Internet waiting to attack due to their bitter trolly existence. In fact the term ‘troll’ is said to stem from the old French troller, a hunting term. When I comment I am rude and obnoxious and the OP (original poster- to those not in the know) maybe winces a little but that’s what I want, to challenge people and start a discussion. In real life I am quite a introverted person, so it gives me a chance to take on a persona that perhaps I wouldn’t IRL(in real life).

Trolls have massive power online and by using websites like 4chan can mobilise troops quickly in order to swamp websites causing them to crash, resulting in anarchy over the Internet. They often rally behind causes they feel strongly about and recently UK law firm ACS were pwned(targeted). The crash in their website resulted in the leak of 300MBs of private company e-mails causing them to breach British Data Protection Laws and in January this year the Head of ACS announced that the firm would no longer be chasing illegal file sharers due to the threats he had received from hackers.

So compared these guys, I don’t think my snips at online food critics can really be classed as true trolling but maybe more gnome-like? I believe that healthy discussions online are what breathe life into websites and forums. They shouldn’t be quashed at the first sign of controversy but unfortunately on open websites like 4chan, that offer members full anonymity- in someways a brilliant function, the freedom also enables a darker side to emerge and in the darkness lurks the troll.