iPhone autocorrect is a useful tool that helps everyone type faster. It’s smart – recognising and accepting names from your address, but sometimes it still gets it wrong. Chronicled in great blog DamnYouAutoCorrect, here are five of the most annoying ones. 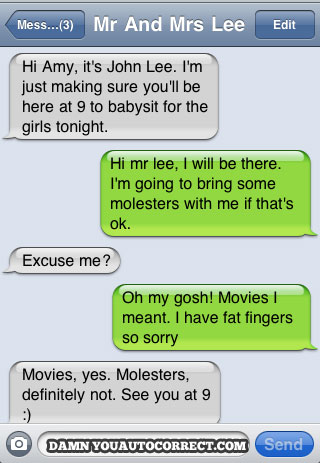 1. “Fuck” to “Duck”
A classic autocorrect, I think Apple has phased this out after complaints. It was like your nan, jumping in, telling you to wash your mouth out.

2. Capitalising “hun”
Maybe I shouldn’t call people “hun” – short for “honey” – but iPhone really doesn’t like this. It thinks I’m referring to the ancient Germanic tribe led by Attila and always capitalises it to “Hun” so it looks like I’m racially insulting a German person, when I’m just trying to be nice to my friend.

5. I get annoyed when it capitalises up iPhone and iPad
But other stuff like your friend’s girlfriend’s name gets misspelled and it makes it look like you went to the trouble of capitalising your gadgets correctly but you can’t be bothered to spell “saskia” or something.

We’ll leave you with this great screenshot from DamnYouAutoCorrect: 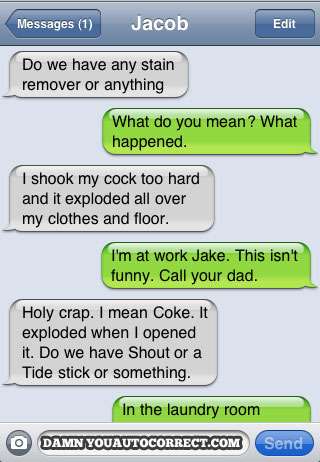