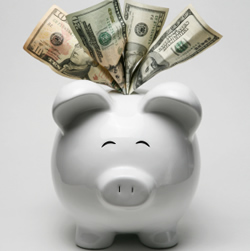 Searching for deals is the most popular internet activity, according to a new report from by electronics chain Comet.

And here we were thinking social media was on top of our minds when we logged onto the internet, as determined in a recent study by Experian Hitwise.

But according to Comet’s study, researching deals was more popular than social networking, which came seventh in terms of priority. Second came online banking, with checking the news coming third, in the study which polled 2,600 households.

You could be extremely cynical here and suggest the findings that we are a bunch of bargain-hungry shoppers is somehow related to Comet’s business … but we’re thinking this discrepancy between the two studies can probably be explained somewhere between the questions asked, and the people answering them. But there was one point in the Comet study which most people would probably agree with: 70% said that they would consider it a “disaster” if the internet stopped working.