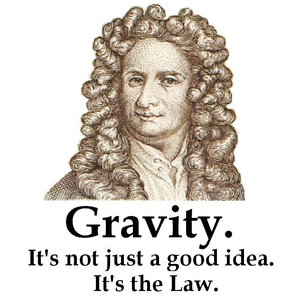 Is Facebook more important than gravity? That seems to be the opinion of the nation’s youth according to a survey by game-makers Electronic Arts (EA) who asked a thousand British under-25s whether they thought Mark Zuckerberg or Issac Newton were more important.

It’s kind of like the nation’s youth are saying that posting up a photo from last Saturday night is more important than understanding what makes us stick to the earth instead of floating above it… or exploding.

Of course, put like that, it does sound kind of crazy but of course, it’s not quite that simple. You can see where these kids are coming from: Mark Zuckerberg *made* Facebook, Newton just described gravity – it was there all along. And in their lifetimes, Zuckerberg has made more of an impact.

Though this is a call-out to those science and history teachers out there – maybe we need to get a bit more focussed on teaching kids some history lessons.

EA commissioned the research to coincide with the launch of their new game Dragon Age 2, which revolves around famous moments in history.