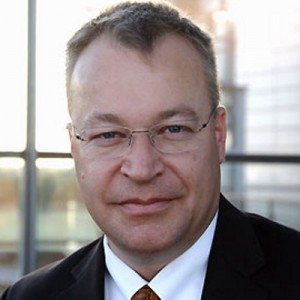 It sells more phones than anyone else, but Nokia, the Finnish phone-making giant is in trouble, according to their new CEO Stephen Elop in a memo leaked to Engadget.

Though they retain the title of biggest phone makers in the world, they haven’t adapted to the market changes wrought by apps, smartphones and the rise of the mighty Android and iPhone software systems.

Let’s spell it out:

1) While they are dominant in the area of cheap starter phones and middle ranking feature phones, they are losing out heavily at the pricey smartphone end of the market – and that’s where the money gets made. As of this week, Google Android phones now sell more than Nokia. And their total share of global sales slipped from 38% to 28% between 2010 and 2009.

2) Software problem one: apps. We all agree that their hardware can be great, but they have serious problems with the software: Nokia’s Ovi app store,while growing, always has the feel of too little too late, with the store itself being hard to navigate and app peformance quite patchy and variable.

3) Software problem two: user interfaces. The other problem plaguing Nokia’s top handsets is the clunkiness of the user interface. It’s slow, unintuitive and not an easy experience. The arrival of Symbian ^3 didn’t tackle that basic issue.

4) Bright ideas don’t materialise. Their shared project with Intel – Meemo – a new OS that was going take out Symbian and power a new generation of phones seems to have disappeared without a trace.

Elop meant his call as a rallying cry though. It’s probably also the preamble to pulling in some drastic changes – like running Windows 7 or Android on Nokia handsets..

One thought on “Four reasons why the world's biggest phone maker is in crisis: Crunch time for Nokia”