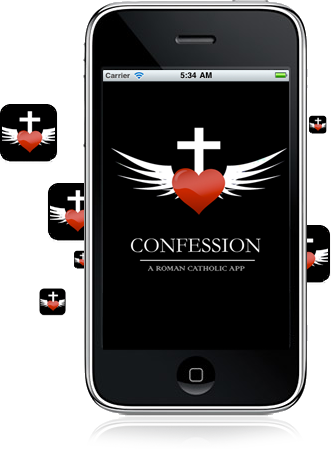 There’s something particularly grating about being told by an iPhone app that you shouldn’t be using contraception or birth control and that having sex without intending to make a new life is a sin.

Getting this ancient and let’s face it – misogynist – philosophy about sins on a nice smooth user interface on your iPhone just makes it seems all the more ridiculous. And it really rubs on me that the Church can embrace iPhones (and Twitter and Blogs) but still not accept changes in biological technology like the contraceptive pill that have saved thousands of lives.

It’s one thing hearing it from a crusty old man in a dress in Italy, it’s another getting it on your iPhone. 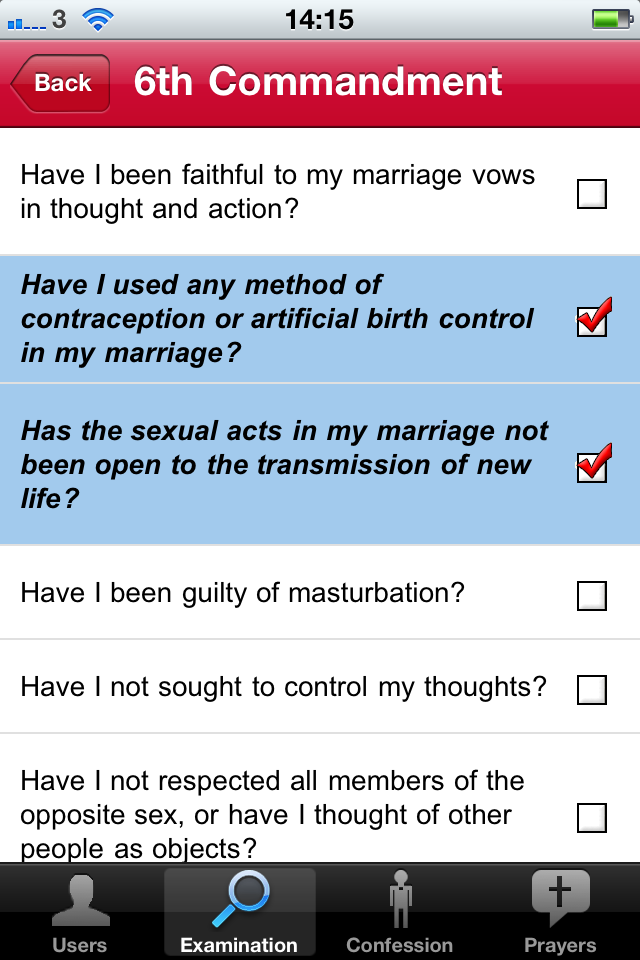 Anyway, to the app.

“Confession: A Roman Catholic App” not quite confession on the go – but you can record your sins on-the-go by browsing through a checklist of them including “Not dressing modestly” being “guilty of homosexual behaviour” and “allowing yourself to lose control of your imagination”. We also like the sin of causing “impure thoughts” by “impure reading, movies, conversations or curiosity”.

It’s personalised by your gender, age and marital status too. Yay. In fact, lets just underline this: the options for a married woman are pasted above. If you state yourself as single the sex questions vary a little.

Well, as far as the app goes – great execution, nice easy interface and some great resources. As for the ideology – I definitely have my qualms but I guess if you’re into the Roman Catholic Church, you’ll know what you’re getting.

Confession: A Roman Catholic App is £1.99 on iTunes.

One thought on “Review: Confession – Catholic endorsed iPhone app reminds you that contraception is a sin”