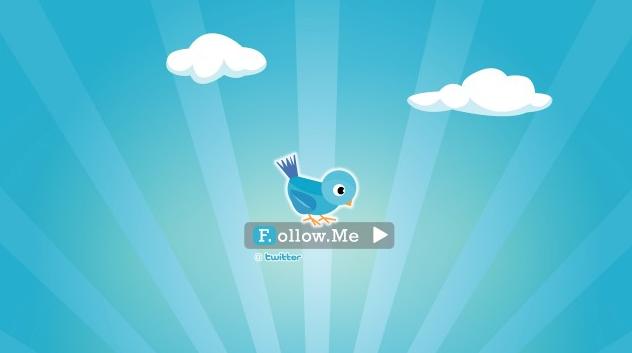 “Just remembered messaging Alastair Campbell, drunk, at 2am on Friday, saying I wanted to see him dancing like a mongoose. Sigh.” Say hello to Caitlin Moran, everyone. This casually fabulous tweet is the stuff that makes Twitter worthwhile in the midst of all the lunch updates and whining about buses.

When it launched back in 2006 it had ‘fad’ written all over it – after all, how could this trivia-exchange forum ever become relevant in any way? But now, five years later, Twitter is still here, with nearly two million new users signing up every week. Twitter proves the age-old truism: people like to talk.

From popular to influential
The list of the UK’s most influential Twitter users from the “i” newspaper is a clever twist on the Twitter popularity contest – instead of telling us who is most followed or most prolific, it focuses on those whose output is most valued. The number of re-tweets was a key factor when compiling the list, as well as the tone used by others who discussed them.

Stephen Fry, comedian, TV presenter and in all rights a national treasure, features fourth on the list, trailing behind Eddie Izzard, Richard Bacon, and unexpectedly in the top spot, Sarah Brown. We needn’t look further than to Fry’s stream from this morning to catch a glimpse of the power awarded by a strong Twitter following; it seems every time Fry tweets a link, a server crashes. “Ok, so I’ve broken Harvard’s website. How v Jesse Eisenberg of me. Oops. Their fault they asked me to tweet. Still feel like a clumsy bully,” he tweeted this morning, after having suggested fans check out a link on the Harvard University website.

For a freelance journalist like myself, a little Twitter-natter is a nice little thing to have on in the background. Most of the people I follow are related to the media industry, so on a good day it can feel like one big office. In addition to talking shop, people talk about the weather, they ponder whether to have another biscuit, they complain about ill health – just like they would around the water-cooler.

To link or not to link
But what makes a Twitter user influential? The fact that Sarah Brown, wife of former Prime Minister Gordon Brown, has the top spot, suggests Twitter is becoming more all-inclusive. Just as Facebook is increasingly filled with updates about gardening, babies and home improvement – the same is happening to Twitter; it’s no longer just for the kids. But the good thing about Twitter is that the rules for who to follow are looser – Facebook puts you on the spot with its friend requests, whereas on Twitter there is no obligation to keep things mutual. This means you can un-follow those who bore you without getting too twitchy about it.

As illustrated by Stephen Fry’s self-proclaimed “clumsy bully” moment this morning, a popular tweeter can draw followers’ attention to causes, worthy or otherwise. This is probably my favourite thing about Twitter – when people I follow tweet links to good articles I probably wouldn’t have become aware of otherwise. It can take a little while to identify those who will tweet exactly the links you are interested in though, but again, that’s what the ‘unfollow’ button is for.

Getting personal
“For the first time in my working career, I’m beginning to get a sense of what people feel out there,” broadcaster John Snow pointed out as he was getting drawn into the world of social networking. The notion that we can reach, and even influence, the people we admire, is compelling. Some companies are realising this and are searching for product complaints on Twitter and then swooping in to offer assistance, but on the downside, many celebrities on Twitter won’t engage, or they have a PR doing their tweeting for them. As social media users can be very sensitive to any perceived meddling, tweeting only tour updates or press release soundbites is not the way to build a fanbase. As you’d expect from the woman hailed to be the UK’s ‘digital champion’, Martha Lane Fox gets this. Although busy, she will often respond to tweets, and she may even offer up some personal information.

Getting personal seems to be a key element to building up a Twitter fanbase, but the key is to find a balance. I don’t want to know when you go to bed every night, and knowing which restaurant you’re in this very minute is borderlining on a little bit weird. Having said that, Twitter has had the curious effect of having made a lot pf people very trusting, giving up details of where they live and their travel plans for the world to see.

For some it looks like Twitter is even replacing the internal monologue, as they air seemingly every doubt and dilemma. Journalist Kate Spicer would moan daily about the stress of quitting smoking on Twitter, which made it even more amusing to follow the day she cracked. I couldn’t help but laugh at her description of being drunk outside a pub at 1am, fag in hand. I’m not sure if Spicer managed to get back on the wagon, but next time she tweets a link I’ll probably click it.