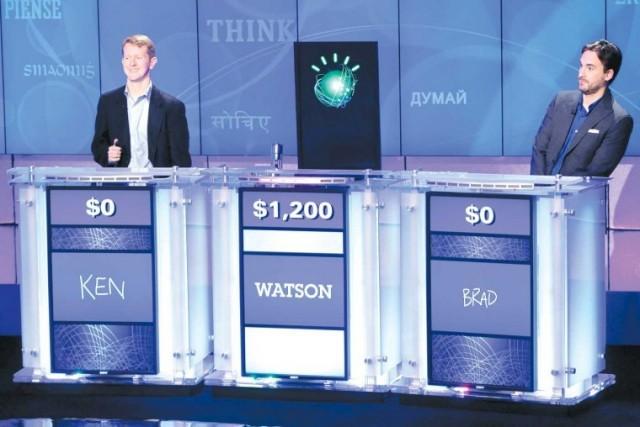 While data storage has never been a problem for the computer mind, its ability to follow tricky nuances of language and reasoning has held back any plans for world dominance. This problem might be soon conquered, however, as an IBM computer demonstrated its skills by winning a top game of Jeopardy.

An IBM computer called Watson managed to beat two former Jeopardy masters last night, and even amassed $77,147 over the course of two games. In addition to having to understand the nuances of the Jeopardy questions, Watson had to make suitable bets depending on its certainty, plus physically press the button.

Watson’s brain has the power of 2,800 large-capacity desktop computers, roughly the size of 10 refrigerators. The computer’s advanced skills are now being put to use in medicine, publishing, and finance, according to IBM.

Watson showed skill in answering vaguely-worded questions such as “It’s a poor workman who blames these” – “What are tools?” answered Watson. But the clever computer still has a few issues to sort out. In the Final Jeopardy round, Watson was asked which US city’s largest airport is named after a second world war hero. “What Is Toronto?”, said Watson, failing on the fact that Toronto is indeed in Canada. No reasons to be worried about any Matrix-type scenarios developing any time soon, then.