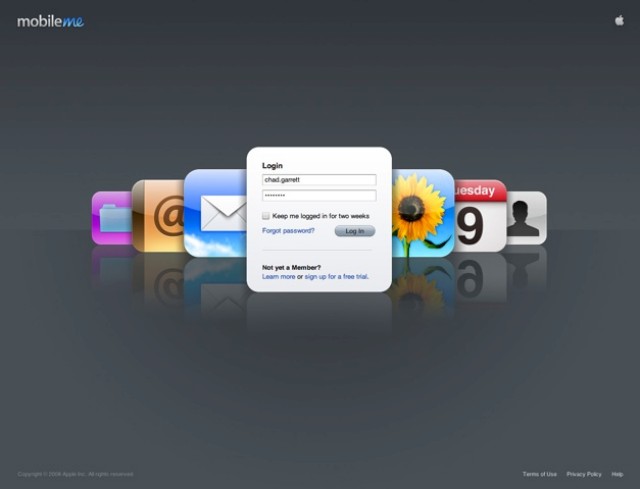 If the latest rumours are to be believed, the overhaul of MobileMe could create an alternative to Facebook.

Apple is currently revamping its online data storage service MobileMe, which at the moment lets users store data in a central location and synchronise data such as calendars and contacts between multiple devices. At $99 per year, this currently comes at a steep cost, but Apple is thought to be considering making it a free service – and potentially change the world, if rumours are to be believed.

Life in the clouds
MobileMe could serve as a ‘locker’ for personal memorabilia such as photos, music and videos, eliminating the need for devices to carry a lot of memory, according to sources speaking to Cult of Mac. While cloud-based services are likely to sit at the centre of MobileMe’s offerings, there should be lots more as well – speculation include geo-tagging and location-based services in the vein of Foursquare and Gowalla, and video-streaming in the style of Ustream – – plus a social network-like front page.

The thought of having an all-in-one cloud location for all your data is compelling, as most of us currently use several different sources for this. Even if they are cloud-based, not all of them are easily accessed on a mobile phone, for instance. Flickr, the deservedly self-proclaimed ‘best’ picture-sharing site, is down-right hard work to access on a mobile, for one. Anything that makes on-the-go access is likely to be a hit with consumers.

But a new social network? According to sources speaking to Cult of Mac, MobileMe’s front page will be automatically updated with your location, status updates, new photos or videos you have uploaded. The front page will also have any apps you have bought, and games you are playing. And if that’s not enough – MobileMe, or Apple’s social location app iGroups, will share information to those in your group and alert you when you’re around each other.

The shared future
… Scared yet? Because not even Facebook, with its questionable privacy record, does that. But it makes sense that if Apple is taking on the giant it needs to offer something more. Maybe we should wait to pass judgment on the new MobileMe until the facts are out – after all these are just rumours, and Apple rarely gets things wrong. Even with the dud that was the Apple TV, it was more a case of Steve Jobs and company being ahead of the game than them being wrong altogether.

But even for those who can get over any discomfort of this new Big Brother-style social network idea, there is such a thing as too much openness. After all, you wouldn’t want all your friends to know where you are 24 hours of the day, would you? And that’s your friends – never mind how this system would make you come across to any business contacts; it can be tricky turning these away when they make requests to join your social network.

It is possible we are the last generation that will be feeling any kind of unease when Google puts related ads along with the emails we get from friends, and in the future this may be considered normal. But I can’t help but think we’re not ready to share our entire lives just yet, and any company will struggle to convince us otherwise. Or maybe the Apple visionaries have thought of all this and are tinkering away at something wonderful? Our eyes are peeled. Either way, chances are Mark Zuckerberg must be feeling the tension.