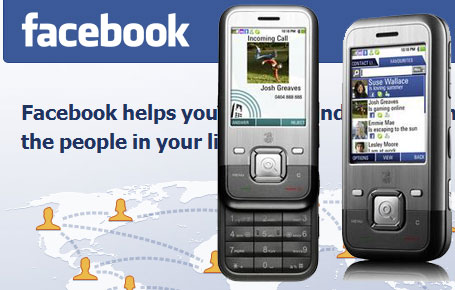 The new Facebook for SIM app means users can get Facebook access from any phone, not just the upmarket brands. This could be a significant boon for the social networking site, enabling it to gain tractions in markets where people cannot afford smartphones.

Developed by Gemalto, an Amsterdam-based digital security group, the app runs on the SIM card, not the phone. It will give users access to all of the text-based services on Facebook, including status updates, friend requests, wall posts and messages.

‘What we are offering is an application that works on any phone, even if you don’t have a WAP browser. This will work on any kind of phone. You don’t need a data plan to run this application. You don’t have to configure your phone. You just put the SIM in the phone and a Facebook-enabled application will open up, said Jean-François Schreiber at Gemalto.

According to Gemalto, access would be free for the first 15 days, before the network would step in and charge a flat fee for a fixed number of days. The app works by dividing messages into 160 word sections and sending them via SMS to a gateway controlled by Gemalto. Their server then interacts with the Facebook servers to update individual’s profiles.

There are more than 5 billion GSM connections in the world, according to the GSM Association. Facebook has over 500 million subscribers.