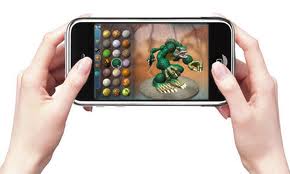 While we knew playing games on mobiles was becoming increasingly more popular, a new study suggests there may be a revolution in the wings. Game playing on mobiles might replace games consoles altogether by the year 2025, according to findings from GoodMobilePhones.co.uk.

Or at least this is what 52% of the respondents of the survey from mobile phone comparison site said. A quick look at the study does seem to suggest a drift from gaming consoles towards mobiles; while all the 942 respondents owned a mobile phone, 76% of them used it to play games. Only 29% actually owned a games console, and only 11% of these were confident they would continue to buy future generations of consoles. A number of conclusions could be drawn from this – one of them being how when people get older, they place less emphasis on high-spec gamin;. all the respondents were over 18 years old.

Among the 41% who said they would definitely not buy any more consoles, just over half of them said they believed that they would be able to play the majority of their preferred games on their mobile phones within the next few years. This is not a particularly large study, and with the attraction of gaming is a bit of a mystery to those of us who don’t do it, it would be easy for us to say that sure, mobiles should be able to fill this need in the future.

While the study does seem to support the rising trend of mobile gaming, it seems even Mark Owen, founder of GoodMobilePhones.co.uk, is sceptical of any future mobile gaming dominance altogether:

‘Whilst it may be possible that Smartphone gaming could replace games consoles by 2025, I find it unlikely that games consoles will ever become obsolete. Technological advances in games consoles, such as hands-free gaming, will take a good while to be caught up with on the mobile market; and far too many people enjoy the social interaction of console gaming to let it become extinct so soon.’

One thought on “Mobile phone gaming to replace gaming consoles by the year 2025, study suggests”