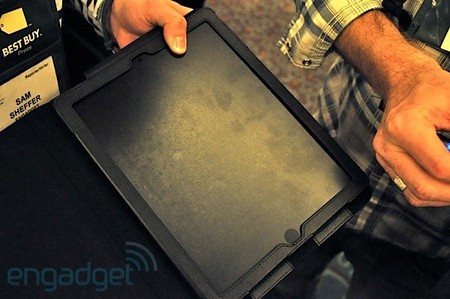 A gadget that isn’t even actually at CES is causing some of the biggest waves at the tech fair this year. Yes, it’s the iPad 2. It won’t be coming out for at least a month, and Apple as usual aren’t displaying at CES, but a mock-up of the new version of Apple’s tablet used to demo an iPad case has got everyone all excited.

A case by Dexim contained an aluminium mock-up of the iPad 2, and the shape of the case hints at some significant changes to the shape of the new iPad. It has a whole load of different stuff going on according to Engadget.. This is what the future looks like..

>>more tapered edges, rather like the iPod Touch
>>slimmer
>>a bigger speaker
>>home button is nearer the bottom edge of the device
>>dent in the top edge of the case suggests a camera 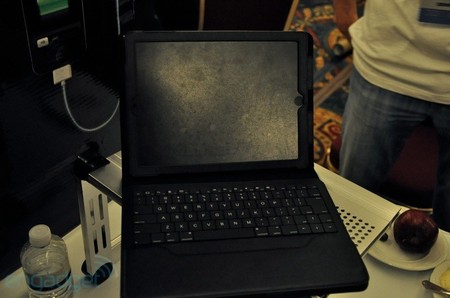