by Gerald Lynch, from Vegas 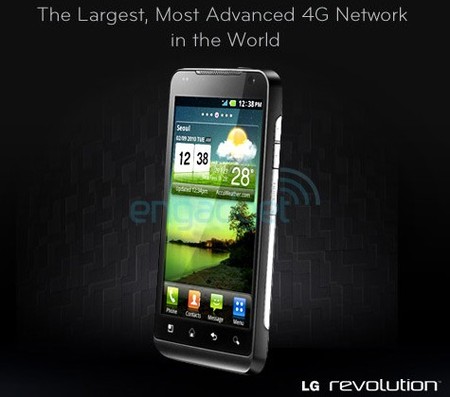 The first snippets of info on two new LG smartphones have hit the CES 2011 floor. The Optimus Black and Revolution are the devices in question, and both are packing some pretty nifty features.

The Optimus Black offers the “power of light” from within an “innovatively slim smartphone with the best display clarity.” Slim and sharp then? The specs doing the roundS suggest a 4-inch touchscreen on 9.2mm-thick device, but all other details are being kept tightly under wraps for now.

The LG Revolution looks to push the buttons of mobile web users, being an LTE-connected handset making the most of the American 4G network from Verizon. 4G services have yet to make waves in the UK, but US readers can expect a very speedy browsing experience. Speed of internet access on LTE networks are roughly 2-5x faster than on 3G.

The two new smartphones join the LG Optimus 2X, a dual-core Nvidia Tegra 2 packing superphone in LG’s smartphone assault for 2011. We’re hoping to get hands on time with all three devices, so keep checking back to Tech Digest for more news soon.