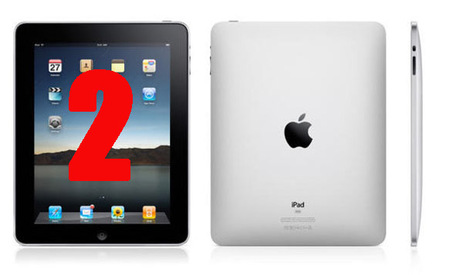 It’s coming out sometime round Valentine’s Day (in the States at least) and geeks are getting all hot and bothered. After all, the first one took the world by storm and this promises to be uh, even better. And that wouldn’t be hard considering that there are significant features missing from the first iPad.

1) Cameras – front and back. FaceTime was a huge selling point on the iPhone 4, it only makes sense for Steve Jobs to introduce it to

2) Slimmer and lighter – a standard bet, this is what happens to most Apple gadgets over time..

3) Video editing on the iPad. If it’s going to get a camera we expect video editing to be built in too.

4) A USB port – this is probably too much to hope for, but it would make the device significantly more helpful. You know, you could use memory sticks and all

5) HDMI Port – I know, this is crazy talk, but I’d like one so that you could preview your home videos shot on iPad on a bigger screen.

6) Flash compatibility – we can dream.

Related:
All I want for Christmas is an iPad – says United Kingdom