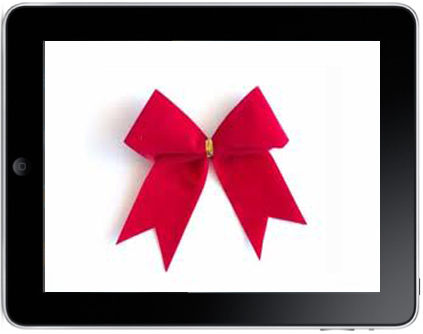 Yes, that sweet pad officially is what we all want for Christmas according to a poll by VoucherCodes.co.uk.

That, an iPhone 4, a Kindle and er, TomTom Sat Navigation. Along with the Sony Move they make up the five most desired gadgets on the nation’s Christmas lists. The survey-makers point out that Microsoft’s Kinect Box was a disappointing absence from the list, well disappointing for Microsoft anyway.

The findings are based on a survey of 3000 UK consumers, conducted in October 2010.