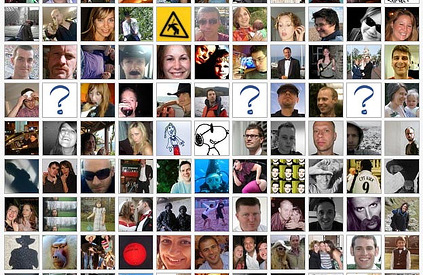 Path is a new social network that restricts the number of friends you can have to 50. But that’s not a problem say the founders – it’s a strength – it’s intentional! 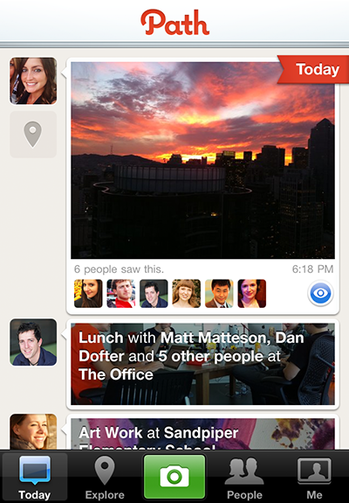 Founded by a guy who used to work at Facebook, it takes many of the features of Facebook but slaps this friend limit on top – ’cause it used to be better when it was just you and your mates from uni:

“If you look at how these networks are grown, they start out really high-quality,” founder Dave Morin told the New York Times, “and as more and more people join, it becomes hard to find people you care about. With Path, you have to be friends with them in the real world in order for them to pop up on your screen.”

This whole fifty friend limit is backed up with some sexy theories from sociologists about how human beings can only remember 50 people at once and if they know more people their heads hurt and they forget about the first ones. It’s based on some studies from Oxford academic Robin Dunbar on tribes.

I have a couple of problems with this idea.

I mean before calculators were invented, there was a limit to how complex the sums were that humans could do, before diggers there was a limit to how much earth one man could move in one day. Before Facebook, there may have been a limit to how many tribespeople another tribesperson could remember. But just like diggers and calculators, Facebook is a tool that helps us do something better – it helps communicate with our friends better. Facebook is a friend tool that means we can keep up with more friends than ever before.

So yes, thank you, I actually want more friends. More people also makes the social network more useful – for things like finding flatmates or getting interesting links. And if I don’t like ’em, I can delete ’em.

Those 50 Best Buddies Ever? – they probably won’t get on with each other..
This fifty closest friend thing is a bit of fallacy. Path suggest that having a small group of friends will make it easier to get on with stuff and be yourself, but if I were to make a list of the 50 people I’m closest to… it would end up being a right old jumble. It would include my mum of course, also my friends from uni, some colleagues I see all the time and – well – frankly it it would just replicate the divisions I have on Facebook but with fewer people.

While I wouldn’t mind the friend from uni I don’t really see any more seeing pictures of me dressed as a Killer Death Rabbit for Hallowe’en, I’m less keen on my aunt seeing them, even though she’s closer to me if I had to make a list.

In some ways I’d rather have a uni group, a family group and a work group.. But wait, that already exists with Facebook groups.

I’m not saying Facebook is perfect – far from it. But I like the way it has so much reach and lets me store up people I like until the time I have the opportunity to get to know them better.

And those 417 of my best friends ever? Well I have a really exciting status update about my lunch coming right up…