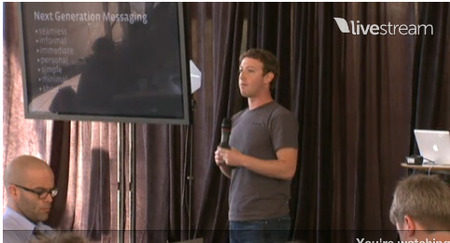 Facebook messages will start to replace email, Mark Zuckerberg announced at a press conference today. The social network is amping up its messaging service to create a smooth, lightweight mail system based more on instant chat than what they believe will be the

It’s not email, but it includes email and aims to become the inbox for everything in your life.

Zuckberg claimed he was inspired to create this new service after talking to teenagers He quoted his girlfriend’s sister and explained that teenagers don’t like and don’t use email claiming that it was too slow – they prefer instant chat and SMS. Zuckerberg laid out why email truly is too slow:

“it’s too formal.. the weight and the friction – thinking of an email address, the subject, having to write “hey mum” signing off… It really adds a lot of friction and cognitive load to the process of communicating.”

All users will get an @facebook.com email address, but it is modelled more after chat than after email itself. 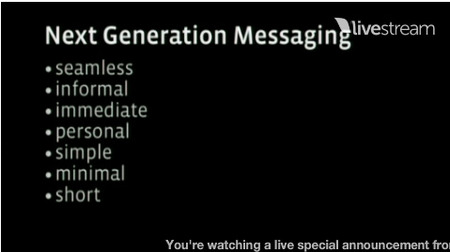