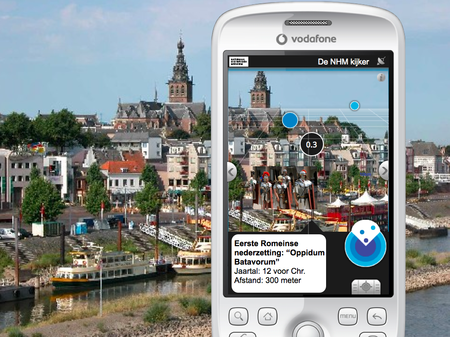 With fast expansion going on in all areas of Augmented Reality other names have started to emerge and techniques as well.

The money will be funnelled into Layar’s app, software and platform and finance its continued geographical expansion. The investors are Intel Capital, Prime Ventures and Sunstone Capital.

Alexander Ribbink, partner at Prime Ventures said: ‘Layar’s growth is an astonishing sight. Other investors recognize the possibilities of both the product and firm. The number of active users is also growing very fast, now well into the millions. The new investment will support that.”

Layar are currently the leading name in AR, but they need to keep moving fast to keep their position. Their location-based approach to Augmented Reality is also being challenged by AR technologies that use image recognition rather than GPS location-based ones

One different approach to AR is to judge the placement of the computer graphics through image recognition rather than by GPS like Layar does. Layar and other location based stuff is still held up by the accuracy of the GPS system, which can be up to 10m out. It’s due an accuracy improvement in 2014, but they need to keep things fresh till then.