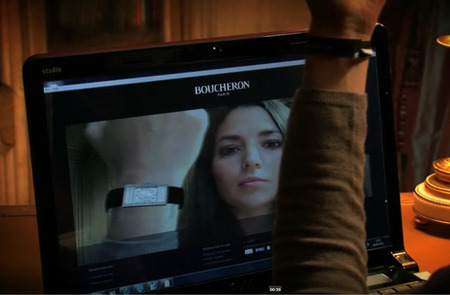 Fashion has really picked up on Augmented Reality – we’ve seen it on the catwalks a few times and on the covers of fashion magazines – but the big growth area seems to be virtual changing rooms.

AR lets you superimpose a computer image on top of a picture of the real world – ten years ago that was being used to help engineers assemble motors – but now it’s being used for much more consumer purposes – letting people virtually try on clothes for example.

The best example recently was American department story Macy’s Magic Mirror – an augmented reality screen which shows you an image of yourself standing in front of it then lets you try on any item of clothing from their store so you can see what it would look like on.

eBay have also got in on the act with their new fashion app letting you put pictures of clothes you like on top of an image of yourself.

A jewellry website is now doing the same thing – letting you try on their pieces via an augmented reality link on their website. They ask you to stick little bits of barcoded paper onto yourself to make sure the images anchor in the right place. Nice idea, even though we don’t really dig their description of augmented reality…

“Gaze at yourself in the magical mirror and change our creations as many times as you wish. The most beautiful jewels and watches are just waiting to reveal themselves to your hearts desire. What you experience is not a dream. No need to pinch yourself to make sure you are not dreaming: it is real!”

Augmented Reality is a sexy and very visual technology so it is a good fit for fashion. Expect to see a lot more of this kind of innovation..