Since web giants like Google are only 12 years old, it may be a surprise to learn that top game makers Nintendo are a venerable 121 years old, dating right back to the 19th century in a way that few tech companies do.

Of course, they were not selling the Wii back then, they were selling its 19th century equivalent – playing cards. Yeah, bet you’re glad you live now right. 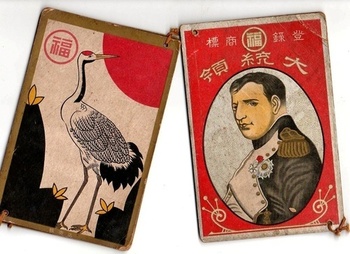 Obviously they have been very successful in updating their business model because as you may have noticed, playing cards don’t exactly rake in the $$s the way that computer games do..

A new book called The History of Nintendo 1889-1980 has just been published which charts the changes in the company history. Written by Florent Gorges in collaboration with Isao Yamazaki, it also explains the genesis of the Nintendo name by going through Japanese character etymology in more detail than I’ve seen in my life (as reported on Japo-phile blog Kotaku). Basically Gorges suggests that Nintendo means “the company that is allowed to make (or sell) hanafuda cards”. More popular and romantic interpretations suggest it means “leave luck to heaven”.