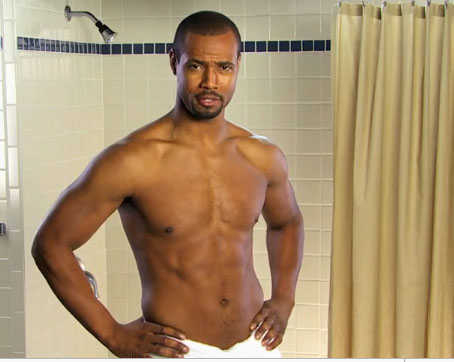 The Old Spice advertising campaign has been the MAJOR success story of online advertising in the past few months. Racking up 5.2 millions views in a week, becoming the most popular channel on Youtube and trending on Twitter – it was like the perfect online ad campaign. Somehow mainstream yet quirky enough to get everyone to like it, it spread by word of mouth and linksharing.

It showed what really well-scripted, funny internet videos can do, especially when they are aimed-at-youtube-so-well-it-hurts. Not really surprising it was made by a major advertising house – wieden+kennedy.

A big deal has been made of the personalised video concept that Old Spice followed up their intitial video with. But to be honest, I found those bits kind of boring. The character gets a little thin and the scenarios sort of repeat.. I watched one and a half then stopped cause they weren’t as well done as the originals and there were no tricks with motorcycles..

I guess it worked out for them to do it, cause the more videos you have the more hits you get right? Maybe it shows a viral channel is just as important as a viral video. And the unusual idea of a brand replying to people on Twitter sure got everyone talking. But weren’t they a bit dull?

Anyone else agree? I’m I just not getting the jokes? should I get back on and watch some more Old Spice responses?