Techie gadgets are often seen as the preserve of the young and hyperactive. But eReaders could be really good for the older generation, even though they’re the ones that probably are most attached to the paper and card format. 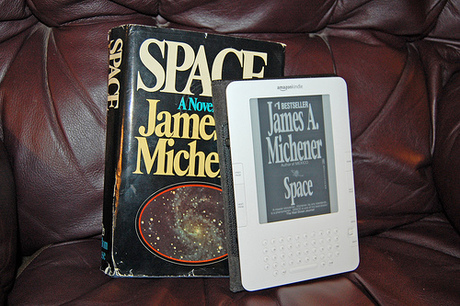 Apologies to the eagle-eyed, wired-up, Nexus One toting oldsters – but a couple of features on the new electronic readers like the Kindle could make them easier for more elderly readers. They could actually benefit more from the technology than younger people.

Advantages of the Kindle for older people:

Large Text. Of course, a pair of glasses will sort this out too, but one advantage of an electronic reader is that you can make the text as large as you like. If you need large text to read books then limited supplies of large text books in libraries does restrict you to quite a small selection.. An eReader means you can read whatever book you want in whatever size you want.

Text to Speech. The Kindle has an experimental text-to-speech feature which means that the Kindle can read you any English language book out loud. We’re not saying it will be good, and of course will come across more like the robo voice on your GPS than like a good audio book, but it’s still a nice option for those who tire of reading.

Then add in the e-Ink screens – which means reading from the screen should be as nice as reading off paper and the fact that you can download any book from a vast selection – not limiting you to the local library.

Commenter StephSchriff mentioned the benefits of the simple web browser on the Kindle too – for using as GPS or a quick reference point.

Someone with a smartphone would find that a bit less useful – we’d already have a GPS on the phone, but if, say, you didn’t, it’s a nice little extra. Bigger screen than the iPhone too..

[thanks to Richard of BBC Northumbria]
Aug 2, 2010Anna Leach