A lot of students these days don’t know what plagiarism is, and when they do, they don’t think it’s a problem according to the New York Times. The article posted today blames free-for-all internet culture where no information belongs to anybody for the increase in the numbers of students committing plagiarism.

But you know what, maybe it’s time to redefine the rules. Maybe the kids have got something right here and maybe plagiarism isn’t such a big deal anymore..

Perhaps it’s not a case of stealing, it’s a case of sharing and remixing. Content these days is often collaborative and often better for it.

Failing to attribute is wrong… especially when it’s so easy to add links to sources on webcontent but we’ve probably got to accept that content actually gains from reiteration and reposting – snowball-like it accrues views and meaning and variations. Like the idea of LOLcats say. If everyone had stopped at the first lolcat, then there would be only one lolcat in the world, clearly a tragedy. Again with music – remixes often add to the spread and reach of the original song. 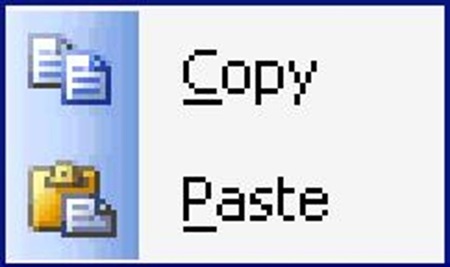 As a species, humans have always copied each other… and online technology lets us copy other people like never before. Five hundred years ago, copying someone else relied on having a really good memory, and having access to someone worth copying.

Now all you need is the internet and a right-click button. It’s not that we’ve just started doing it, it’s just that it’s easier.

A definition of plagiarism comes from Wikipedia:

Plagiarism, as defined in the 1995 Random House Compact Unabridged Dictionary, is the “use or close imitation of the language and thoughts of another author and the representation of them as one’s own original work.”

You know what I don’t think people do pass off stuff on the internet as fully their original work. It’s more like – here’s my witty take on this picture or here’s my remix of the dramatic hamster video. Is it so wrong to re-use, re-mix, re-write or repost? I don’t think it is. It’s not fully the orginal creator’s anymore, but it’s not fully yours either – it’s a kind of collaboration.

In answering essay questions with other people’s words, students are just using the maximum resources they can to produce the best answer they can – one better than if they had done it completely themselves. Maybe the academic world should catch up with this one… Obviously it’s an issue for academics who need to grade students as individuals rather than, but perhaps they should just be looking at how seamless and well mixed the essays are…?

This quote gets over-used but *apparently* Picasso said it:

Okay I also don’t know how original content creators profit from their own original works in this brave new world of collaboration. I guess by continuing to produce bloody great stuff that everyone else flocks to, And by using other people’s work to improve their own in return.

As my mum always used to say to me when I got annoyed by people copying my work at school: “imitation is a form of praise”. Thanks mum.