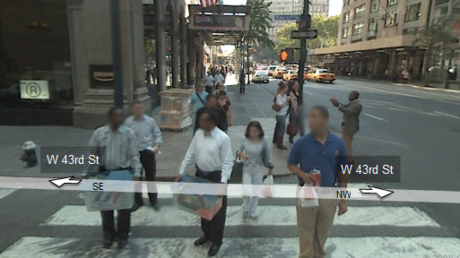 Of course, it’s not really “stalking” in the pure sense, it’s more like looking at a picture of their house from 2008 -when the Google cameras took all the pictures. (Hell, Barack Obama wasn’t even in the White House in 2008, so I don’t think that even counts).

These, if you’re interested, are the houses of famouses that people most want to look at on Google Streetview.

Related: Celebrities who don’t know anything about computers #1: Eminem …

One thought on “Poll: have you stalked celebrities on Google Streetview?”