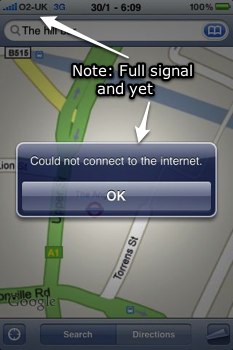 Hark! I bring you worrying news from the colonies. It would seem AT&T is to ditch unlimited data from its mobile tarriffs.

The much maligned American mobile network is often critised for its abyssmal coverage and poor capacity. Seemingly it makes O2 look like the future, which is certainly saying something.

While there’s no saying this is definitely going to happen in blighty, the mobile companies have been making whiny, braying noises about capacity saturation for a while, and it would fit the current socially regressive trend of “we’ll stop people doing it by making it more expensive” a la plane travel, road travel, train travel and alcohol drinking.

A more cogent plan might be to invest in better coverage and higher capacity masts — call me crazy.