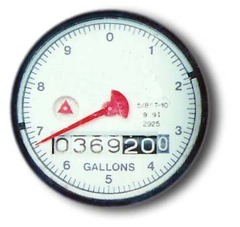 One of my personal bugbears in the world of tech is limited internet deals. This is like when you get a phone or perhaps a USB modem and within your monthly contract you are only allowed a limited amount of internet data: 250mb or 500mb a month say.

Well, I disagree. This is my argument for why data deals should almost always be unlimited.

Internet access is not like call minutes or texts and charging for internet access on the same model as you do for phone minutes doesn’t work.

With talk minutes we were used to landlines where you get billed for what you use – fair enough.

With the internet, we’re used to paying a certain amount a month for our home computer connection and letting rip. We know we can pay £20 a month and have four computers streaming video simultaneously. To be charged £30 a month for a limited amount seems a bit wrong even if some talk-time and texts are thrown in. It’s much easier to measure time spent on the phone than data consumed when accessing the internet because we don’t differentiate between different activities on the internet. We’re not used to being charged per byte and hell, most people won’t have a concept of what a megabyte of data is so it’s a bit unfair to meter people’s usage for something they are not conscious of.

What network companies say when they sell you a phone on a deal with limited internet is: “oh, you know, with 250mb of mobile data you can read and reply to a whopping 5,000 emails, download 12 Google maps and read 4,000 BBC News stories over 30 days.”

Pffh, you think, “would I ever receive that many emails in a mere 30 days, much less want to read and reply to them? – that must be a great deal, so much internet”. But actually – it’s not. What if you want to watch a few youtube videos on your phone? that wipes out several hundred email downloads.

And it’s not just mobile video watching, but lots of other very useful functions of smartphones that are data-heavy. Think of one of a smartphone’s most useful apps: their Maps functions. Those things eat data, and if you get into the habit of using them, then you end up using them a lot, particularly if like on the Nokia phones they come with walk and drive navigation. Great apps like Foursquare send a lot of data backwards and forwards too.

Any augmented reality app – Google Goggles on Android phones for example – will also burn data as it pulls in stuff everytime you move your viewfinder around.

What if you’ve got one of those phones that auto-streams emails, Facebook and Twitter feeds to your home screen? You’re on the internet by default whether or not you can pay for it. These phones are set up to devour data and really really need a steady free supply of it. It would destroy the whole point of many phones if you had to go in and switch off all the automatic feeds when your internet allowance for the month ran out after 25 days.

Lets put that in perspective: a ten minute youtube clip will use approximately 20-30mb of data and say a 2hr video call on skype will use 350mb according to this.

I think places like Three have got it right (from the consumer’s point of view) when even their most basic monthly contracts come with unlimited net access.

I think Vodafone are a great network, but I just have to point out that they are limiting the capabilities of great phones by throttling up the internet supply to them. To take an an example, Android phone the HTC Legend comes with 500mb of data a month on a £25 a month contract, if you go over the limit before 30 days is up, you get charged 50p a day for up to 15mb of data, then £2 for every additional MB. So if you’re over your limit by day 27, and you listen to an hour’s music via a web service like Spotify, watch two five minute youtube clips that day all totalling 30mb: that will cost you 50p for the first 15mb then a cool £30 for the next 15mb of data. More in fact than than your whole monthly contract.

That’s not a good deal for a phone.

It’s hard to find statistics on how much data particular apps use, or indeed phones which let you meter your internet usage. It’s not the interests of the app makers or the phone makers to restrict the phone’s capabilities by encouraging you to use less internet.

HTC, Google, Apple, Nokia, Sony Ericsson and many more put so much skill, imagination and engineering prowess into making these data-crunching superphones, these handheld web portals and it is a crying shame if you have to keep switching them off because you can’t pay for them.