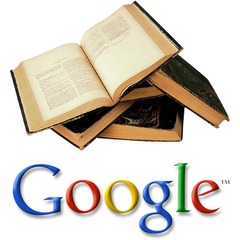 Google is planning to open an new eBook store that will be bigger and better stocked than Amazon’s or Apple’s. Called Google Editions, the tagline is “buy anywhere, read anywhere” and it will open in the summer.

1) More books available. Google Editions announced that they had scanned in 12 million books both in and out of print. That’s more than Apple or Amazon have on their e-Stores.

2) We’ll see Google Editions stores probably as apps cropping up on a lot of the new tablet computers coming out. Google Editions will not be tied to a specific device, unlike Amazon with the Kindle or Apple with the iPad, so we imagine lots of hardware companies will happily adopt it as a way to bring new content to their computers. People will be able to read the books anywhere they have internet access eg, laptops or desktops but I imagine it will be more successful on made for easy-reading tablet screens.

3) There will be a huge leap in the number of eBooks sold and read. The market is already growing fast, and Google’s entry should send it shooting up. Add in the increased number of devices to read them on and we’re looking a huge leap.

4) I think the prices of eBooks will go down. This is a controversial point and I’m just guessing, but after following Amazon’s attempt to keep eBook prices down to $9.99 which was challenged by publishers who forced them to do a u-turn. Apple’s decsion to let publishers charge whatever they want on the iPad book store was the trump card that publishers played in their fight against Amazon who now lets them charge what they want for ebooks too. I have a hunch that Google will encourage cheaper books too.. they know free apps go down well in the Android store and will – I imagine – do anything to undercut Apple.

5) Will the long -promised explosion of eBooks affect the publishing industry? Perhaps it will drive up demand for new books as more people are able to access more books, it may also have to drive down costs because I don’t think consumers value text they’ve downloaded at the same rate as text they have book in paper form from a shop. It may change the nature of books we want to read.. perhaps shorter ones as attention spans on digital devices are shorter? Perhaps more niche texts will get published as they are more likely to find an audience on a global store.