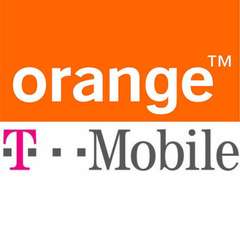 UK networks Orange and T-Mobile have announced how their merger will create a super-company named Everything Everywhere that will control the largest UK phone network with customer base of 30 million people, over half of the UK adult population.

The two brands will still operate under their own names, but they will be run by this umbrella corporation, Everything Everywhere, starting officially from 1st July.

Orange and T-Mobile claim the giant network will deliver benefits for consumers as well as handing them a huge market share.

Planned benefits to T-Mobile and Orange customers include: roaming across both networks due later this year, at no additional cost to the customer. Other advantages they suggest are more general promises: “the scale of the new company allows delivery of best value, best choice, best coverage and best quality in the industry”

On a technical side, Everything Everywhere say the merger will allow them to strip out duplications in network provision and allow them to deal with the rise of smartphones and the new demands on networks from internet-streaming media phones.

“The ambition is to combine both the Orange and T-Mobile networks, cut out duplication, and create a single super-network. For customers it will mean bigger network and better coverage, while reducing the number of stations and sites – which is good for cost reduction as well as being good for the environment.”

As for the name, I think “Everything Everywhere” is a bit of a funny one. I was holding out for Mobile Orange, or perhaps Orange T (??) but clearly they wanted something a bit different for the background organisation. I suppose it’s better than “Some stuff, some of the time” and ushers in the new age of mobile computing – you know..