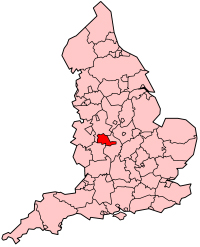 Some helpful research into mobile obsession in the UK found that people in the West Midlands are most likely to be obsessed by their mobile phones.

Fifty-eight per cent of West Midlanders admitted to checking their phones every 10 minutes, compared to the national average which was 29%.

West Midlanders were also most dependent on their phones, with 62% of people there saying they couldn’t go a day without their phone, compared to just 11% of respondents from the South West and 21% of people living in Yorkshire and Humberside.

Phone comparision website Rightmobilephone.co.uk wanted to see if there was a connection between location and phone use so surveyed 3000 across the country. Seems like there is.

Interesting to note that in this survy 29% or just under a third of people check their phone every ten minutes. That’s loads! God knows how many hours a year that adds up to.

Anyone got any theories why W Midlanders are phonelovers? Using Wikipedia and the fact that I went to Birmingham once, it’s probably fair to say that being a very metropolitan area comprising Birmingham, Coventry and Wolverhampton makes a difference. I bet people in cities use their phones more than people in rural areas.

But why the West Midlands more than London say?

Are you from the West Midlands? How often do you check your phone? Got any theories why you guys love them so much?