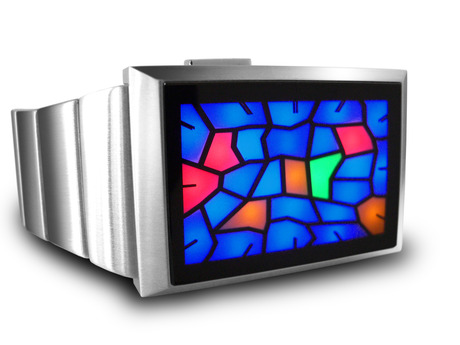 A watch that looks like broken glass and can be recharged by USB? If that sounds like some crazy Japanese invention, well that’s because it is, but it’s also commercially available and looks kinda cool.

Released by Tokyoflash Japan, the Kisai Broke does to the traditional two-handed watch face what Battle Royale did to my trust in human nature. Er, I mean, it breaks it.

The USB recharging isn’t just a gimmick either, it makes it easier to recharge meaning enhanced brightness and long lasting battery life, just plug it into your PC with the cable provided.

Available to order from Tokyoflash for: £110 inc delivery