After news earlier today that Google’s Nexus One handset is to go on sale with Vodafone we thought we’d look at the top three smartphones available on the network. Apart from the Nexus, they are the iPhone (of course) and Nokia’s flagship phone the N900.

(Other top phones on Vodafone at the minute include the HTC Desire and the Sony Ericsson X10, but we thought we’d just look at one Android phone and had to plump for the Nexus).

The iPhone and Nexus have touchscreen keyboards, the N900 goes for a three-line slide-out QWERTY one – largely a matter of preference. Though it is worth noting that tests have proved the iPhone’s screen is the most accurate and responsive of all touchscreens out there.

The screen on the N900 is 3.5 inches diagonally across with 800 x 480 pixel resolution, the iPhone’s screen is 3.5-inch with a lower pixel resolution at 480 x 320 and the Nexus probably tops out here with the biggest screen at 3.7 inches and good resolution: 800 x 480 pixels. The Nexus is an Amoled screen as well and Amoleds are slimmer than LED ones, glow brighter, and display colours best.

Arguably the iPhone looks the prettiest, but it falls behind the other two on the hardware specs where the N900 wins out on features but the Nexus comes out top for the flashy more glamorous attributes like its big attractive screen. 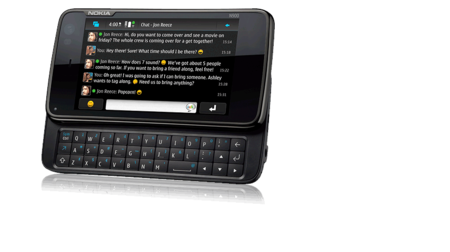 SOFTWARE
This is where the Nexus and the iPhone leave the N900 at the starting line. Nokia’s Maemo Operating System is fine but without the deep fund of apps found in the iPhone and Android stores it’s just not that interesting, it’s the bread and butter of phone OSs. Fast internet is great, but just not as exciting as what’s going on elsewhere.

As for the Android v iPhone OS debate: well they’re both great, it just depends whether you prefer Apple’s smooth but closed experience or Android’s more open system and app store.

Disadvantages with the iPhone include the fact that it doesn’t support flash or multitasking. Android just isn’t as lovely an experience and has fewer apps (only 30,000, though it is fast catching up with iTunes’s 185,000+) 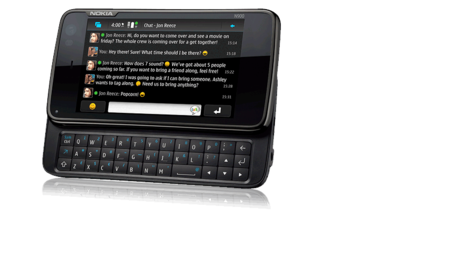 VODAFONE DEALS
Something to really look out for on Vodafone is limited data packages. Although 1gb a month is a lot of data, these creatures are made to eat bytes and it’s a shame if you have to curtail your video watching, augmented reality or maps apps to keep up within an allowance. Anyway, that’s how it is. Deals are pretty similar across the top Vodafone phones so here are the cheapest/most populist deals for each of the three handsets, though the N900 deal disappointly only includes 500mb data. (For more deals click on the links below).

Nexus One
£35 a month on a 24 month contract will get you the phone for free.
600 minutes – Unlimited Texts – 1gb of data per month

CONCLUSION
The N900 is a fast and good phone, and if you prefer QWERTY keyboards, and mostly check simple stuff on the internet (emails etc) and like lots of time to talk then the Vodafone deal isn’t bad. Otherwise the Nexus One and iPhone are streets ahead, though data-hungry apps on the Nexus may be limited by the restricted data allowance. I think the Nexus One is just a bit more exciting than the current iPhone 3Gs, so if you want Android, snap this up now. Apple fans, wait for the iPhone 4g to come out.