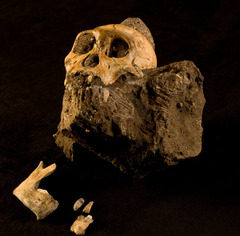 Satellite Mapping tool Google Earth has helped discover one of the human races earliest ancestors. No, he wasn’t caught lounging around in some undiscovered rainforest by a Google Spy Camera, but Google Earth did point some archaeologists towards a cave where his remains where hidden.

That little skull on the right was discovered in South Africa, and could be one of the most significant discoveries of recent times, it’s almost 2 million years old. At least two human-like skeletons were found in the discovery and scientists have dated them to somewhere between 1.78 and 1.95 million years ago.

The skeletons were found in one of the most well-searched areas of South Africa’s Cradle of Humankind World Heritage Site, but images from Google Earth turned up new evidence that had previously escaped archaeologists. Using data they already had, they worked out the patterns that caves make on the surface of the ground, researchers scanned Google Earth images of the areand and worked out new patches of ground likely to have caves underneath them, then sent in exploration teams. Look that’s what caves look like from above: 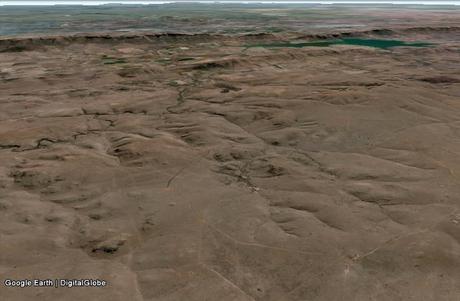 This is a nice result for Google Earth – a service that always looked lovely but seemed somewhat useless. Now you know at least one thing it’s good for: finding humanoid fossils.