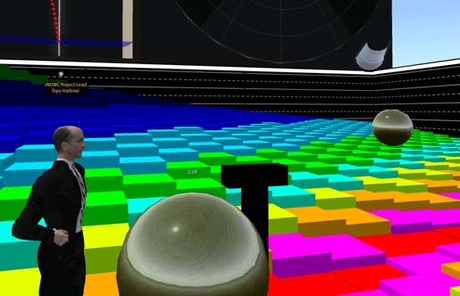 Though wandering around a virtual world as an avatar sounds like the sort of thing you only do if you’re a geek playing some time-killing game or looking for cyber-sex, – business and yes, the US navy, are starting to see new potential in avatars.

They want to start using them for training sessions, simulation and prototyping, among other things.

According to ComputerWorld, the U.S. Naval Undersea Warfare Center (NUWC) is now using avatars to help train people to use and develop submarines. And by god, they don’t sound like an organisation to fool around.

The NUWC has used 3D modelling tools before but now they are actually using Second Life for training and to test out situations which involve other issues like collaborative engineering, rapid prototyping, battlefield simulation and cognitive modeling.

If that all sounds complicated, that’s because it is, but being able to plot the data in a 3D world that an avatar can engage with spatially apparently makes it much easier to engage with and understand.

In a similar way, any company with huge amounts of data to consider can use 3D environments to help everybody grasp the scope of information better.

“In a 3-D, immersive environment, you can create anything under the sun,” Erica Driver, an analyst at ThinkBalm tells Computer World. “You could meet with your colleague inside the human heart and teach students about it.”

While your next meeting is still more likely to be in the office rather than in Second Life, immersive learning environments are clearly buzz-words in this area. Watch this space.