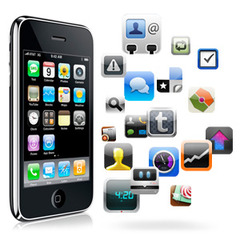 iPhone 4.0 isn’t out for a few months (it will be out with the new handset in June) but that doesn’t stop iPhone users sending themselves wild with speculation about what this little box of joy will bring.

Multitasking is top of the list and AppleInsider have worked geeks up into a froth by promising that the new iPhone operating system out in June will be able to run two functions at once.

Multitasking would enable you to have the web browser and say Twitter open at the same time for example, instead of having to shut one down and open the other. According to AppleInsider a “full-on” task manager would be able to juggle these and let 3rd party apps run in the background like the iPod function can.

They say:
“Among these apps begging for background execution are: Pandora-style Internet radio; third party instant messaging features that are available at all times just like SMS or email; and Loopt or Google Latitude type apps that report the user’s location at regular intervals.”

An obstacle to Apple introducing this before was battery life – running two apps eats more power than running just one, but since there are no specifics on the tech side, we don’t know how they’ve overcome that.